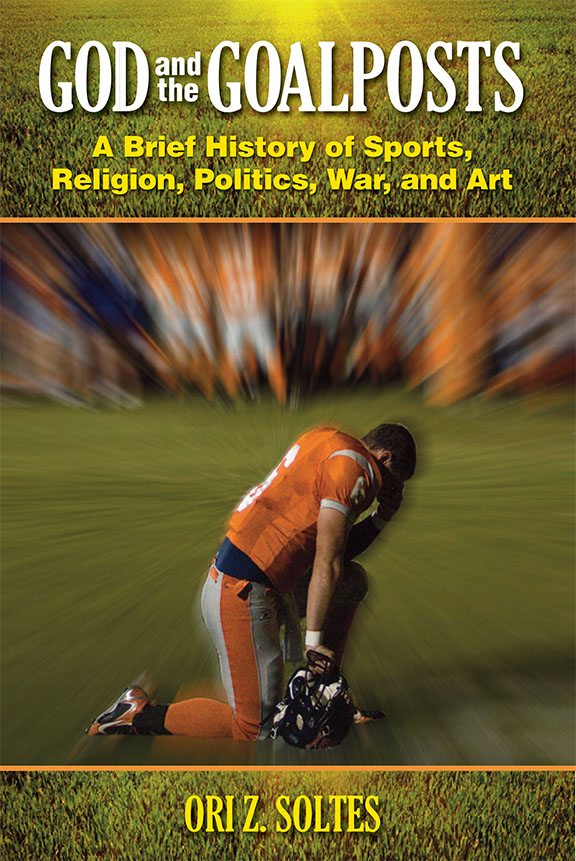 Crossing the goal line, with the football tucked safely in his arms, the NFL star falls on one knee, bows his head, crosses himself and utters a prayer of thanksgiving to God, giving one more example of the ever expanding connection between sports and religion.

At least it seems to be expanding. The question is: was there truly a notable surge in that relationship between sports and religion. And if there has been a surge, is it unique in history, or merely part of an ongoing ebb and flow?

This book offers a concise yet detailed account of this multifaceted association and its implications for the ongoing game (the ultimate sport!) of trying to understand what we humans are as a species. Sports is one among many areas where religion and its concerns have played a role, and the interweave between sports and religion is as old as sports and as continuous as religion.

Contemporary instances are different from what one finds in Greek and Latin literature where gods are actively on the â€œplaying field, and directly leads to the first athletic competitions The discussion of biblical athletes offers a different religious connotation: the stories of Samson are religious in part simply because they are biblical

The question of Islam and sports, or of Jewish success in the Olympics, or of how both Jews and Muslims manage to maintain aspects of their faiths when the athletic competitions in which they engage don’t leave space for that or of the attitude of Judaism or Islam or Christianity to sports and physical accomplishment in general is diverse. The discussion of Native American sports with origins in religious ritual is different still. Moreover, sports and religion keeps intersecting from different angles sports and warfare, sports and politics, religion and politics, religion and warfare; and all these combinations intertwine aspects of art. Reading God and the Goalposts, it becomes clear that sport, in combination with religion is a major theme throughout the history of mankind.

“Soltes weaves a mosaic that is not only refreshing but also highlights the greater sum of the parts and brings the reader a unique approach to understanding how each has interfaced with the other throughout human history.”
— Emre Celik, President, Rumi Forum

“A triumphant example of the kind of intellectually thrilling and paradigm-shifting scholarship for which Dr. Soltes is so beloved. All this in a page-turner of a read!”
— Rabbi Rachel Gartner, Director for Jewish Life at Georgetown University

“From heroes in the Hebrew Bible to athletes on today’s sports fields, Ori Z. Soltes crafts a richly detailed narrative that brings together the competitive and often violent worlds of sports, politics, and war through words and works of art that often reflect our understanding of the interactions between the divine and the human. In short, Soltes has hit a grand slam, achieved a hat-trick, and scored a hole in one all seemingly without breaking a sweat!”
— Leonard J. Greenspoon, Klutznick Chair of Jewish Civilization, Creighton University