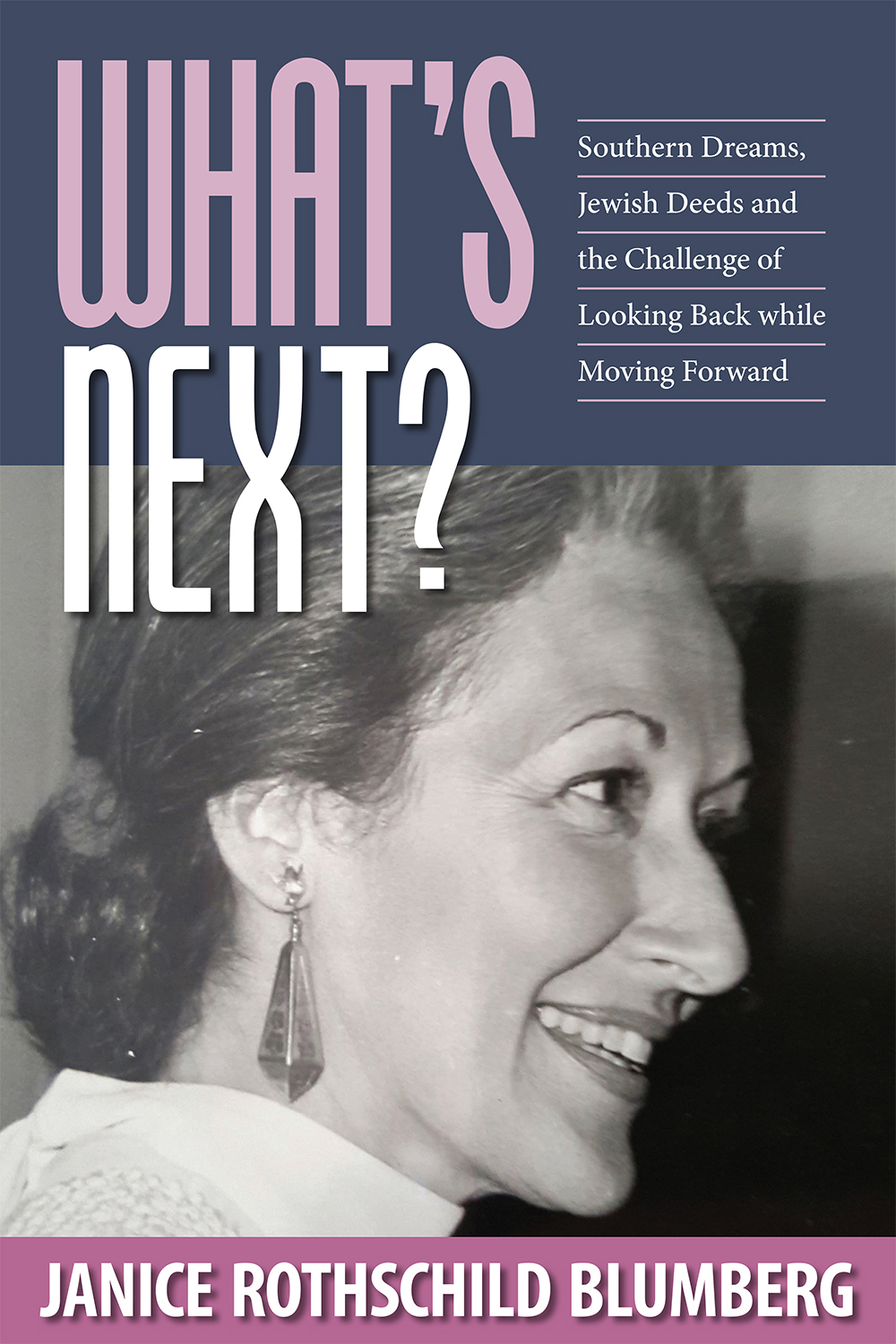 
Coming Soon.
It is sometimes said of accomplished people who have lived a certain number of years that they have, in fact, lived many lives.

This nowhere fits better than in the example of Janice Rothschild Blumberg. Her many lives are distinct, memorable, and in each case, worthy of their very own individual memoir.

Growing up Jewish in Georgia during the Depression years was a bittersweet experience. The charm of Southern culture was tempered by a distinctness where most Jews, even the largely secular variety, didn’t completely feel like they fit in. Still, for Janice, it was a rich childhood marked by music, literature and theater.

After WWII, Janice met Jack Rothschild, who had recently assumed the pulpit at The Temple in Atlanta, Georgia. Soon, she became the Rabbi’s wife..

Already outspoken in favor of the burgeoning civil rights movement, they were spurred to further action by the bombing of their synagogue in 1958, (An episode that was featured in the film, Driving Miss Daisy). They became friends with Martin Luther King and his wife Coretta, as well as other leaders in the effort for equal rights.

When Jacob died suddenly at the end of 1973, Janice continued to write, eventually publishing One Voice: Rabbi Jacob Rothschild and the Troubled South.

By then she had remarried to insurance executive David M. Blumberg, who had been elected as President of B’nai B’rith International. Together they travelled on B’nai B’rith duties, taking her to private visits with Golda Meir, Queen Juliana of the Netherlands, and formal dinners at the White House during the Gerald Ford and Jimmy Carter administrations.

Tragedy struck again when David died in 1989. They were living in Washington at the time and she had recently co-authored, Deadly Truth, an anti-apartheid fictionalized true story. She had previously taken on leadership of the B’nai B’rith Klutznick National Jewish Museum, which now became her overriding concern.

Blumberg entered a truly different world when she met astrophysicist Maurice Shapiro. She traveled extensively with him, including annual stays in Sicily at the World Center for Scientific Study where Shapiro was a director, and met Pope John Paul II.

Nine years later she re-encountered Gunther Plaut, the well-known Canadian Rabbi and scholar, who had been a colleague of her late husband, Jacob. Their half-century long Platonic friendship soon metamorphized into a deep romantic relationship. They lived shuttling between Toronto and Washington for two years until Alzheimer’s disease overtook Plaut.,

In 2009 she returned home to Atlanta. She had been away for quite some time, but in her heart, she never really left. Over the years Janice had remained active in the Southern Jewish Historical Society, even once serving as its chairperson.

She relished being close to her children and resumed writing, finishing Prophet in a Time of Priests in 2012 about her great-grandfather, Edward “Alphabet” Brown who among other things became friends with Ulysses S. Grant, serving as a honorary pallbearer at the former President’s funeral.

Now in her late 90s, Janice Blumberg continues to amaze. Her skill as a writer has now fully evolved and it is nowhere more evident than in her memoir. She may have thought it would be near the end of her memorable experiences, yet she happily continues to learn, staying open to what life brings her way and ready for what’s next.