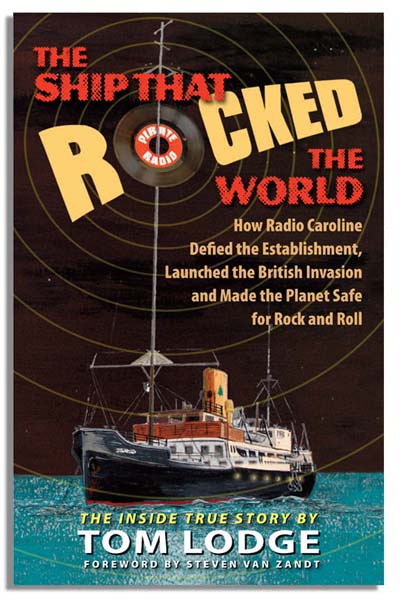 Pete Townshend: “For The Who, Radio Caroline was an angelic force. Pirates came to our rescue. Without Caroline we would not have sold a single record. Tom Lodge was a vital figure in Caroline’s most vital times. As such, he deserves a Knighthood for the indirect millions he helped guide from the pockets of budding UK pop stars towards the coffers of the Treasury. Sometimes the law is more than an ass. Pirates? They were angels.”

Ray Davies: “Radio Caroline was more adventurous than most of the stations around in its day. It championed bands like the Kinks who owe much of their early success to Radio Caroline and Tom Lodge.”

Paul McCartney: “Pirate radio, and in particular Radio Caroline, was a really exciting part of all our lives in those days and summed up the spirit of the times culturally and musically.”

Spencer Davis: “Radio Caroline gave us our start – my eternal thanks.”